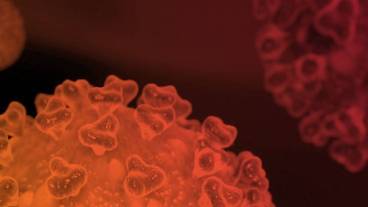 Many of us are reading so much about COVID-19 at the moment, that it seems nothing else exists, or can exist. With everything cancelled and our social worlds rapidly shrinking, there is, quite literally, not much else to report on. In Australia we’re just at the crest of the wave, a few weeks (if that) behind some European nations in terms of cases. But our public health messaging has been wildly mixed, and as a result ordinary people and businesses are all over the shop when it comes to changing their daily lives and routines in response. While one friend is worried she won’t see her parents for months because of state border lockdowns, another is hosting a dinner party. While public libraries were some of the first spaces to shut down (even though they are the only place some people can access the Internet), the boutique pet store on my street remains open. Some cafes have been serving only through windows while others (until the shut down – though this is still unclear) seemed wildly unaffected. We could analyse this as a total failure of public health messaging, but how to analyse the feelings associated with this unevenness as we navigate our lives right now?

What this lopsided shut down of daily life adds up to is that we, as a populace, inhabit different affective landscapes. That is: we’re feeling different things, living in different worlds, even as the same crisis is affecting absolutely all of us. For those who have had to radically alter their working life (working from home, perhaps with added caring responsibilities) or have lost their jobs this past fortnight, the reality of things is probably much closer, though tempered by the immediate demands of life logistics, care, and survival. For those who have had to stay working as per usual things might feel strangely normal, or, simply that we are living in the shadow of something serious to come but not yet here. Some of us check live news feeds all day, while others don’t have the space or inclination (and in any case, the news and guidelines change by the hour, minute). The point is that we’re all arriving at conclusions at different times. Some people are already totally socially distanced and staying at home, while others continue to maintain many face-to-face networks. We are living in different (emotional) worlds, and the effect of that is, frankly, jarring.

This is not to mention that at this juncture, with ordinary routines gone and a fluctuating and uncertain future, our sense of time is out of kilter. Something that happened yesterday might feel like weeks ago, while imagining tomorrow can seem like a big question mark. All normal sense of time lost. Even if we’re at home, trying to settle into the new “local”, it’s a pretty lumpy and warped everyday to traverse.

I am reminded of a feeling that I had over summer, during the Australian bushfires. I was staying in Canberra, which was relentlessly thick with unbreathable smoky air, while I also had friends and family facing the fire front on the coast. I was in a state of panic and distress for weeks, imagining the absolute worst (aka that none of the towns I grew up in/near would exist any more). In the end the level of catastrophe in my mind didn’t eventuate, yet, a slower less spectacular one continues to unfold. I learnt that panic doesn’t help, but being real about how bad things are is vital to building different futures.

When I came back to Melbourne, people were just going about their daily lives as normal. Talking to friends I tried to make them feel my panic, my newly-found prepper attitude (make sure you have a full tank of petrol!), because I was living in one affective place and they another. I wanted to be in the same place, so we could weather the storm together. But I learnt that even if you really want people to be on the same page as you – full of either the same amount of despair or hope that you hold – you will probably be disappointed. People deal with things in their own way and time.

Obviously the problem with this in the context of a pandemic is that we are (vaguely) being told to stay home and socially distance ourselves, and someone who doesn’t “get” this is actually a public health risk. If you’re busy not seeing anyone and turning your life upside down, it can also be profoundly confusing, angering, irritating, upsetting, and invalidating to see others not taking the same steps. This is exactly why clear and swift leadership – from the Government – is so important. To help get everyone on the same page. To try and get us into the same world as each other, so we can not only act collectively, but feel collectively. Sadly, our “leaders” have been some of the most affectively-lagging of anyone, as they prioritise and cling to illusions of maintaining the economy as normal, above anything else. 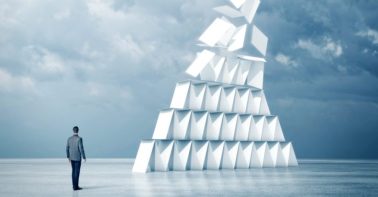 But it also makes me wonder, what am I clinging to? What parts of the (already broken) system am I trying to grasp onto, as everything changes? People maintain feelings of normalcy as an act of survival.

Of the many things that this virus is revealing to us, it is the cracks in the system, the total unsustainability of global capitalism, and the way that capital is so often pitted against health and human life until it is too late. It is also showing up the gaping crevasses in our political system, not least of which is the failure of leadership to get us all on the same page. Official messaging or not, we must recognise we have the same world to win. If we can do that, we might find ourselves in the same space and time when the pandemic ends.