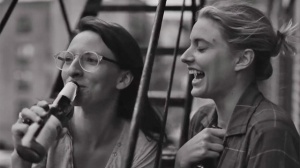 I found the relationship between Frances and Sophie heartbreaking

I recently watched two movies – Frances Ha and Mean Girls (re-watched that is)  – which seemed to me tales of unrequited or unrealised queer love. Admittedly I often have this problem, upon finishing a book or movie I’ll talk to my friends about “how gay all the characters were” or the “gay storyline” and appear quite mad (often because these stories end in heterosexual marriage). When I first meet people I also tend to implicitly assume that they are gay – which people pick up on and then “come out” to me as straight at some point. I enjoy this queer imagining of the world. This is perhaps an unfairly comfortable universe for me, from my privileged position as someone who “passes” as straight and therefore doesn’t have to face the daily reality of harassment based on sexuality (though I do definitely face street harassment  based on my gender presentation…that’s another story).

But there’s another downside to this queer outlook: when the story line is your life and not just a movie, it can be sad if not downright heartbreaking when you find yourself pining for the straight girl. For me, this love of the unattainable woman has come in two major forms: the popular girl and the best friend. 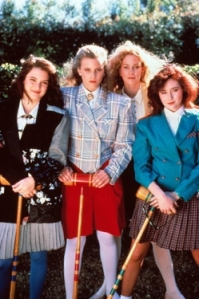 Veronica: to die for

The popular girl
There are popular leaders and then there are the popular sidekicks – in high school I found myself loving the latter. The ones who I thought why are you in that group, you’re so much better than that. The Veronicas of the world. Sure, sometimes these popular sidekick girls would be just as mean to me as their powerful counterparts, but I could forgive them with my imagining that they would one day break the shackles of their hetero crew. Because often these girls would be way more spunky than those they followed – tough enough to put up with the sh*t of their girl clan and generally sidelined because they weren’t as generic looking or acting as the top dogs. And you’d see them in PE class, with their awesome athletic skills (while you sat on the bench, pretending to feel sick with a note from your mum) and think damn girl, you don’t even know I exist… Years later you friend them on Facebook and find that they are just as hetero as ever, still lusting after the football-types and barely remembering who you are. *Sigh*. 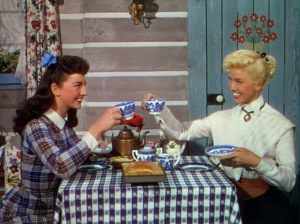 The best friend
This one is the kicker. It’s a horrible cliche that queer people must be in love with their best friend of the same sex, but at least in my case I’ve often found it to be true. When you get so close to someone that you can practically finish their sentences and they’re the only person you want to spend all your time with, it seems strange that you don’t just shack up and live in a little cottage growing flowers and raising beautiful babies. Even when you constantly propose such ventures (e.g. text message “I want to have your babies”), if your best friend identifies as straight I’ve found there’s not much hope – just slow heartbreak.

It’s perfectly reasonable that perhaps for the popular girls and best friends I just wasn’t the right person for them. Nevertheless, you’ll still find me crying into my pillow about why Frances and Sophie never got together and why all Cady ever cared about was Aaron Samuels.

9 thoughts on “Loving the Straight Girl”