This is not a drill

When I first heard about the new Ghostbusters, I was bursting with anticipation. But when the trailers started coming I quickly tuned out. Like a child who has peeked at their Christmas presents before the big day, I needed to hold the excitement in. It all seemed too good to be true. So when the lights went down at the cinema last night, I turned to my girlfriend and said “holy crap—they really made this film!”

By way of review, the film itself is highly enjoyable but clunky at times. 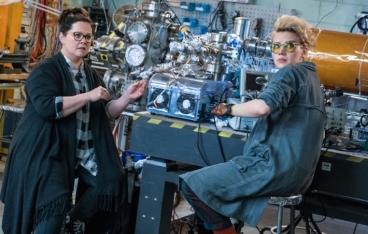 Don’t get me wrong, I was still hanging on every word out of Melissa McCarthy’s mouth, but the direction and editing needed some tightening up. It was probably a three star affair. But the film more than makes up for its pacing and logic problems with its sharp ideas and cast who pull it right through.

Whether this was a great filmic success is not really the point. The point is that they made a movie dominated by smart and funny female leads, who explore issues of gender and race inequality, with large hints of queer sexuality. It feels like a miracle in a world otherwise saturated with films epically failing the Bechdel Test. 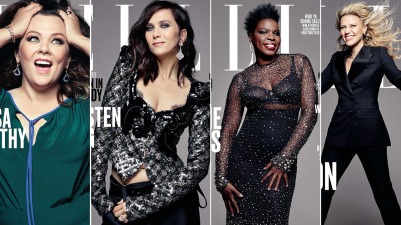 Outside of the film however, cruel optimism is arguably still going strong

However, the irony in celebrating this bastion of female representation is that I spend much of my academic time critiquing the idea that we should focus on representational politics. I often argue that our focus on getting diversity in film and television obscures the material inequalities that underlie the lack of diversity in the popular realm in the first place. When we are presented with images of “successful” characters from ordinarily marginalised groups, this can help to present a false sense that “anyone can make it” despite the odds stacked against them. This connects up with cultural theorist Lauren Berlant’s idea of “cruel optimism”, which refers to those fantasies we hold onto (like “The American Dream”) that are actually cruel promises destined to fail. Berlant writes:

“Fantasy is the means by which people hoard idealising theories and tableaux about how they and the world ‘add up to something’. What happens when those fantasies start to fray—depression, dissociation, pragmatism, cynicism, optimism activism, or an incoherent mash?” (2011, 2).

Cruel optimism operates where there is a desire and attachment to a kind of projected future, but where this possibility is either impossible or “toxic”. Berlant warns against investing in these projections, because when they fail, it can lead to serious disaffection and demoralisation (or, an unhelpful continuation of false positivity). 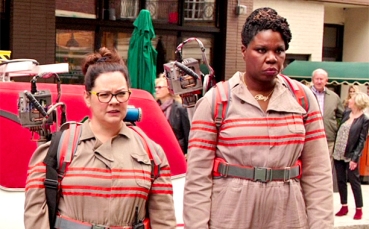 The film doesn’t hold back about the discrimination women experience

So, I have to admit that I was worried that the all-female Ghostbusters might be doing its part to contribute to a cruel optimism about gender equality, to say “don’t worry, women can make it too!”, despite the real-life discrimination, harassment and assault experienced by a diversity of women on a daily basis (and on that note, the Ghostbusters cast). But the beautiful thing about this film is that it owns this reality, and runs with it. The film is surprisingly open about gender issues, directly representing the ways that women are systematically dismissed and derided.

When the characters are thrown out of their academic institutions, it is biting commentary on the historic sexist assumption that women pursue the “irrational” (here represented by an interest in the paranormal). When they are dismissed by the authorities and the “men in charge” it is a reminder of the fact that when women report abuse (here represented by the violent male mastermind) there is a practice of active disbelief. When they are vilified online and represented by the media as liars, it is a reflection of the abuse that women experience in these realms.

Ghostbusters doesn’t present cruel optimism: it reflects the true cruelty of the present. There is not a sense that this can be easily overcome, rather, a mass-scale battle led by a vanguard of ass-kicking diverse women is partly what is needed to make any ground. 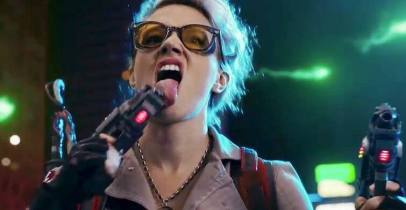 The other thing that Ghostbusters does so well, is show us glimpses of the revolutionary future on the horizon. This is reminiscent of the late José Esteban Muñoz‘s work on queer utopias. Muñoz argues that there is a queer future that we are able to glimpse even in the darkest of moments, where oppressive norms of gender and sexuality have been undone:

“Queerness is a longing that propels us onward, beyond romances of the negative and toiling in the present” (2009, 1).

In Ghostbusters we catch sight of this queer future in the team’s workroom. Here there is no hierarchy (they are all leaders), much empathy (like when Patty cares about Abby’s blood sugar levels), endless patience (even for Kevin who is terrible at answering the phone), and a deep but balanced engagement with questions of science (they make cool stuff) and humanity (like Jillian’s speech to Abby about love). The film is always on the verge of showing us out-and-out queer love, with a complicated triangle between Abby and Erin (past lovers?) and Abby and Jillian (present lovers?), only slightly ameliorated by Erin’s attraction to Kevin. There is also a diversity of bodies, backgrounds, skin colour, and sexuality. Ghostbusters doesn’t shy away from how difficult gender relations are in the present, but it does show us a hint of a future where things could be different. 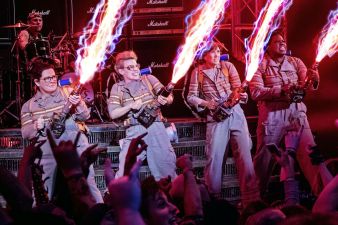 They ain’t afraid of no Men’s Rights Activists

There are times of “reverse sexism” within the movie, and I think that kicking a ghost in the groin is probably a bit unnecessary, but largely these moments are used to reflect on the standards that women experience today. The treatment of the assistant Kevin for example, explicitly functions as commentary on the sexual harassment women can expect in most workplaces.

It is no wonder that the MRAs of the Internet are up in arms about this insta feminist-cult-classic. While the sexist and racist hate directed toward the movie serves as a reminder of how far we have to go, it also reveals how challenging this film truly is. As they always say, the feminist proof is in the sexist-reaction pudding.