Doris will sing your blues away

It is fair to say that I have reached the infamous “Valley of Shit” stage that people say comes at some point during a PhD. I decided a little while ago to drop a big section of my thesis that I had planned, as it just didn’t fit. That was a hard decision, not least because it was the bit that involved talking about Doris Day, who I am completely in love with.

Of course dropping this section has made me focus on the other chapters, which seem somewhat threadbare now that they’ve got to be the bulk of the work. And while my thesis is interdisciplinary in its approach (marrying elements of feminist, queer, affect and social theory, in an overall framework of cultural studies) sometimes that can just leave you feeling like you’re doing a crappy job of all the disciplines. 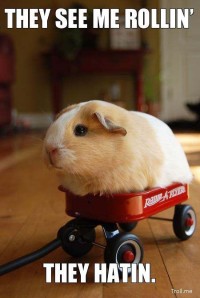 Much like that Britney Spears song, my thesis is “Not philosophy, not yet anything substantial…” All this feeling bad reminds me of this lovely encounter I had with a pair of ass-hats from high school that I ran into when I had first quit my high-level public service job to do a PhD. Sipping cocktails in their work suits they asked me what I was doing with my life, and when I told them, they said “Oh…everyone I know that has done a PhD has ended up on antidepressants”. I left the conversation there.

Are you feeling equally bummed out with your study/work/life? Here’s a playlist of songs to try and get you through the hard times, a few go-to songs that are always playing in the background as I write.

1. Don’t It Get You Down – Deadstar
From a time when it seemed like there were a lot more lady-fronted alt rock bands.
“Well don’t it get you down…It’s like the heat that burns you /  The knife that cut you / The heart that broke you / Just like the first time”

2. Where Is My Mind – Pixies
This one just really sums it up sometimes.
“Your head will collapse / If there’s nothing in it / And you’ll ask yourself / Where is my mind”

3. The Golden Path – The Chemical Brothers
One of my favourite all time songs. I used this as a text in my year 12 exams back in the day. I think I analysed it as a “journey”.
“And I gained control of myself / And I decided to press on / And as I walked along the supposed golden path / I was trembling with fear all the lions and wizards yet to come”

4. Hyperballad – Bjork
Bjork was the first person I saw live. When I was eight years old, my mum said to me, “it’s time you saw a concert”. And it was great. This song haunts me in difficult times.
“Every morning I walk towards the edge / And throw little things off / Like car-parts, bottles and cutlery / Or whatever I find lying around”

5. Suspended in Gaffa – Kate Bush
When I discovered Kate Bush for myself a few years ago, life changed. I think I was reading Wuthering Heights and then found the song. That was a good day.
“Suddenly my feet are feet of mud / It all goes slo-mo / I don’t know why I’m crying / Am I suspended in Gaffa?”

6. Adore You – Miley Cyrus
Given my first name, I have often been jokingly called “Hannah Montana”. But it’s only recently that Miley has really come into my life. I am pretty obsessed with her to be honest.
“Wondering where you’ve been all my life / I just started living”

7. Buffy Theme Song
Look, if you’ve never watched Buffy, PUT EVERYTHING DOWN AND GO AND START RIGHT NOW. People have been telling me for years to watch it, and I only started in June this year. It is literally the greatest thing of all time. ALL TIME. TRUST ME ON THIS ONE.

8. Party in the U.S.A. – Miley Cyrus
Another Miley song, in here because it is such a great pop song. Guaranteed to make you feel a bit better about feeling out of place.
“Too much pressure and I’m nervous / That’s when the D.J. dropped my favorite tune / And a Britney song was on”

9. I Make Hamburgers – The Whitlams
I may be vegetarian, but that doesn’t mean I don’t dream of making hamburgers to get all the girls.
“My fourth customer was Sandy / She came in for nothing I could see except me / So it was I too, was eating a hamburger of sorts within an hour”

10. This Charming Man – The Smiths
My mum gave me the Smiths Singles CD for my fifteenth birthday, after I said that I really liked the intro song from Charmed. In this video, Top of the Pops insisted that they play a pre-recorded track. So Morrissey came on with gladioli instead of a microphone. Classic.
“I would go out tonight / But I haven’t got a stitch to wear”

11. Underground – Ben Folds Five
BFF were arguably one of my favourite bands as a small child, and this song in particular. I remember sitting in our old Toyota Corolla, listening to it on Triple J as a kid. Still relevant.
“I was never cool in school / I’m sure you don’t remember me / And now it’s been 10 years / I’m still wondering who to be”

12. Hair – Lady Gaga
I saw Lady Gaga when she was on tour in Australia last year. Dressed as a unicorn in the monster pit, I feel in love with her. Before that I really liked her as an icon, but after the concert I couldn’t listen to any other music for about three solid months – she has some pretty serious pop voodoo going on. I like this song as it reminds me of a key part of my research. Hair is such an important aspect of identity for people, which is really interesting.
“And in the morning / I’m short of my identity / I scream Mom and Dad / Why can’t I be who I wanna be?”

13. Perfume – Britney Spears
I was tempted to post an oldie from our good lady Britney, but I really like this new song of hers. I also take a queer reading – obvs she wants her lover’s girlfriend to smell her perfume because that’s really who she desires. Remember Sedgwick’s discussion of the Ménage à trois? Yeah, it’s like that.
“I’ll never tell / Tell on myself / But I hope she smells my perfume”

14. You are the Music in Me – High School Musical 2
If this isn’t the best cheesiest heartwarming song ever, then I don’t know what is.
Also, Zac Efron.
“When I hear my favorite song / I know that we belong / Oh, you are the music in me”

15. Secret Love – Doris Day
I used to skip school sometimes as a kid just to watch Doris Day movies that were on during daytime television (this was before the internet you guys). Well, my love’s not so secret – Doris Day 4EVA xox
“Now I shout it from the highest hills / Even told the golden daffodils / At last my heart’s an open door / And my secret love’s no secret anymore”

I hope you enjoyed this mix tape. What songs get you through the hard times?