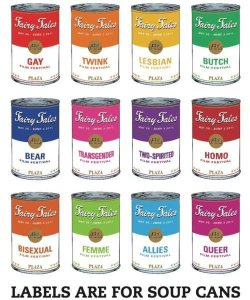 So last week I was asked to give a speech at my university’s local Mardi Gras celebration. Here it is:

“So what can I say about today’s Mardi Gras event? Well, I spend a lot of my days thinking about questions of gender, sex and sexuality, and the way in which we take up those specific identifiers that say, “Yes! This is who I am in the world”. I think that Mardi Gras is both about the personal and the political- celebrating who you are out loud, and demanding to be seen and heard. Mardi Gras is about opening up a space to talk about identity and belonging, and to have a discussion about things that might otherwise go unsaid and unheard.

As some of you may know, the Sydney Gay and Lesbian Mardi Gras changed its name to just “Mardi Gras” for this year’s festival. The organisers of the event said that they wished to promote greater inclusivity by dropping the “gay and lesbian”. And, as we celebrate our university Mardi Gras event today, we stand under a similar banner, designed to promote respect and equality for all people, no matter their sexual orientation.

While a central aspect of Mardi Gras might be inclusion, how do we make sure we don’t lose the alphabet soup along the way? I’m talking here about the ever growing acronym- LGBTIQAP, Lesbian Gay, Bisexual, Transgender, Intersex, Queer, Asexual, Pansexual… I could add more. How do we maintain our pride for who we are, without getting lost in the milieu of inclusion? While I agree that we are all equal despite questions of gender or sexuality, issues of visibility are ever-present. Being recognised, acknowledged, and respected for the person that you are, is a big deal.

Well, my thoughts on this are: say it out loud. For example, I am proud to say that I am a bisexual, queer, femme. 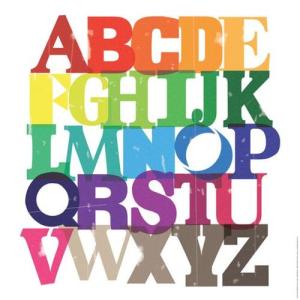 But this isn’t about labelling or having to “fit” into specific categories- it’s about naming our diversity and opening up new areas of discussion about identity.

So let’s take this opportunity today to remember the alphabet soup, and in doing so, welcome everyone and anyone, under the ever expanding rainbow.

The issue of representing marginalised groups in advertising is not new. After all, one only has to consider that cultural diversity in Western adverts is a relatively new phenomenon. But over the Christmas break (after reading quite a number of women’s magazines) I got to thinking about the way in which (at worst) gender and sexual diversity is vastly under-represented in the media, and (at best) representations that are made stick out as un-integrated attempts at tapping into the pink dollar (for example, you may have seen this infamous French McDonald’s ad).

This issue became very apparent to me after reading one of my nothing-else-to-do glossies (InStyle), which featured a NIVEA campaign called 100 years of love all about “celebrating the Australian families, friends and couples who’ve entrusted their skin to NIVEA for a lifetime of care” (cue sentimental music). The ad included an Indian family, a group of middle aged women friends, and a thirty-something couple (whose photo was accompanied by the tag line “NIVEA Loves Couples”).

…compared to a typical DIVA one

On closer inspection, NIVEA has in the past, run a “very successful” campaign to target a specifically gay audience. So it got me wondering- while the 100 years of love campaign is yet another reinforcement of heteronormative ideas of love and family, it also presumably says something about the particular market that buys InStyle- so I’m assuming (if NIVEA has done their research) this is predominately straight women.

Funnily enough one of my other summer mags- the UK’s DIVA magazine, dedicated to all things lesbian and bisexual- only featured ads depicting or related to woman-on-woman action. This is hardly surprising as I imagine that the readership of DIVA is made up of women with non-straight inclinations. But while it’s all well and good to expect that advertising holds a mirror up to the market, I long for the day when that means that campaigns using the words family and love involve increasingly diverse representations of sexuality and gender so much so that no one blinks an eye (much like I didn’t pay attention to the fact that the family represented in the NIVEA campaign was Indian until I sat down to write this post). If not, I think that this marks magazines like InStyle as exclusively straight. I wonder if this is ok, given that DIVA isn’t for straight girls- but then again DIVA puts it’s position front and centre, whereas InStyle surreptitiously masquerades as just another “normal” women’s magazine.

While I could go on for hours about the issue of the commercialisation of “gay” (and the Velvet Mafia, etc), instead, in the spirit of groups such as the Gay & Lesbian Alliance Against Defamation (GLAAD) that give out awards each year to companies that offer positive portrayals of LGBT in advertising, here’s my pick of the number one best and worst representations made in 2011- 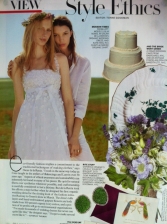 The spread from the Vogue edition

BEST: Goes to The 2011 September edition of Vogue magazine (USA) which featured several advertisements relating to gay and lesbian issues- which comes as no suprise given editor Anna Wintour’s outspoken support for gay marriage. The most exciting part of this edition for me was the style section on weddings which featured a lesbian couple dressed in white and an invitation that included the brides’ names as Clarissa and Sarah- without any specific mention to gay marriage.

WORST: Hands down has to be the Libra ad for tampons called “drag it”, which has caused some outrage given it’s equation that having periods = being a “real” woman (and although arguably the title suggests that the person in the video is a drag queen and not a trans woman, the ad still has a particular position about womanhood that I for one find pretty offensive!).

UPDATE: Libra have issued an apology and have stated that the ad will no longer air in New Zealand or Australia. Despite divided opinion in the trans community about the ad (abjectly transphobic vs. a funny and positive representation), the most depressing thing has been seeing the plethora of transphobic responses on the Libra Facebook page.